Pride in Sport Co-Patrons are at the forefront of our messaging, and are the voices who match our core values in making the Australian sporting community a more inclusive environment for athletes with diverse genders and sexualities. 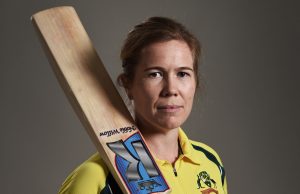 Alex Blackwell is a former Australian cricket captain who led her country to World Cup and Ashes victories.

After 15 years representing Australia on the field, Alex is now transitioning into other roles within cricket. Alex is the first female elected director on the board of Cricket NSW, she completed her first head coaching role with the Lancashire Thunder in the 2018 KIA Women’s Super League, and she now features regularly as a commentator for Fox Sports, ABC Offsiders and Macquarie Sports Radio.

After putting aside a career as a medical doctor to pursue cricket, Alex went on to become a Genetic Counsellor. She commenced work at the Sydney Children’s Hospital Randwick in June 2019 and has a special interest in caring for individuals born with a difference of sex development (DSD).

Alex is known as someone who stands up for equal opportunities for all people within sport and broader society, including equitable pay for female athletes and the inclusion of people living with a disability, LGBTQI people and regional Australians in all levels of sport. 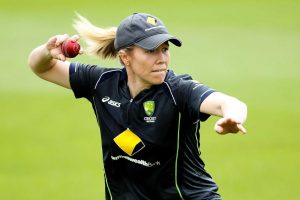 Ian Roberts is an former professional rugby league footballer who played in the 1980s and 1990s. A New South Wales State of Origin and Australian international representative forward, he played club football with the South Sydney Rabbitohs, Wigan Warriors, Manly-Warringah Sea Eagles and North Queensland Cowboys. In 1995 Roberts became the first high-profile Australian sports person and first rugby footballer in the world to come out to the public as gay.

He discussed his sexuality in magazines and on television over the following year. The NRL Footy Show principals Paul Vautin, Peter Sterling and Steve Roach appeared in a poster campaign against homophobia conducted by the Lesbian and Gay Anti-Violence Project. He was praised for helping to question prevailing myths about gays and sport. Paul Freeman wrote a book on Roberts, Ian Roberts – Finding Out, which was published in 1997.

Early in 2005, Roberts appeared in the second series of the Australian television series Dancing with the Stars, dancing with Natalie Lowe. He was runner up in the competition.