Kate Palmer AM is a leading Australian sport administrator, and will speak at the 2019 Pride in Practice – Australia’s LGBTI Inclusion Conference.

What is Kate speaking about?

Guidelines for the inclusion of transgender & gender diverse people in sport.

“These Guidelines provide practical assistance on how to create and promote an inclusive environment in Australian sport for transgender and gender diverse people. The Guidelines are relevant to all sporting organisations, from national sporting bodies, to state and local associations”, said Palmer in the guidelines document.

“Truly inclusive sport cannot be accomplished by a few; it must be done in partnership. Everyone across the sport sector has a part to play in being more inclusive, and there are already many great examples in sport of things that everyone can do. But there is still a long way to go. These Guidelines are designed to help us get there.”

Palmer will also facilitate an interactive panel discussion about ‘Improving Australia’s homophobic & transphobic sporting culture’, which will include:

Click the below picture to view the full conference program. 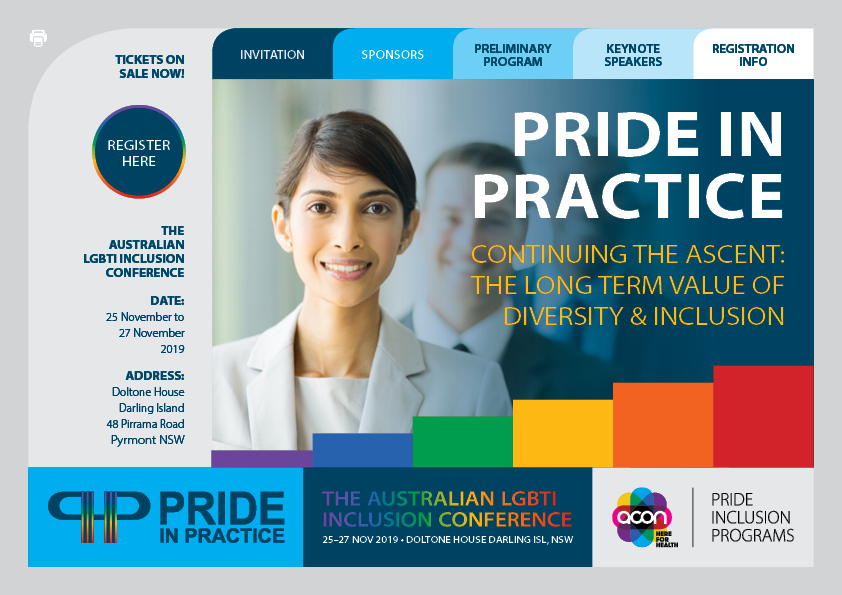 Palmer has been leading figure in netball and Australian sport since the early 1990s. Palmer grew up in Shepparton, Victoria. She played netball for Victoria.[2] Palmer has a Honours Degree in Applied Science from Royal Melbourne Institute of Technology and a Masters of Sport Management from Deakin University.[3]

Palmer was the Chief Executive of Netball Victoria from 2000 to 2006.[1][4] In 2007, she was appointed as Chief Executive of Netball Australia and resigned in November 2016.[1][5] In announcing Palmer’s appointment as Chief Executive Officer of the Australian Sports Commission, Minister for Sport, Sussan Ley stated “This is the first female appointment to the role in the ASC’s 31 years of operation, which is a significant personal achievement and milestone for Australian sport. Ms Palmer has an exceptional track record and is well placed to meet the challenges and opportunities of the future of sport in Australia.” [1]

In the 2019 Queen’s Birthday Honours Palmer was appointed a Member of the Order of Australia (AM) in recognition of her “significant service to sports administration”.[7]

Join the sporting community to hear from Kate Palmer at this years Pride in Practice – Australia’s LGBTI Inclusion Conference.