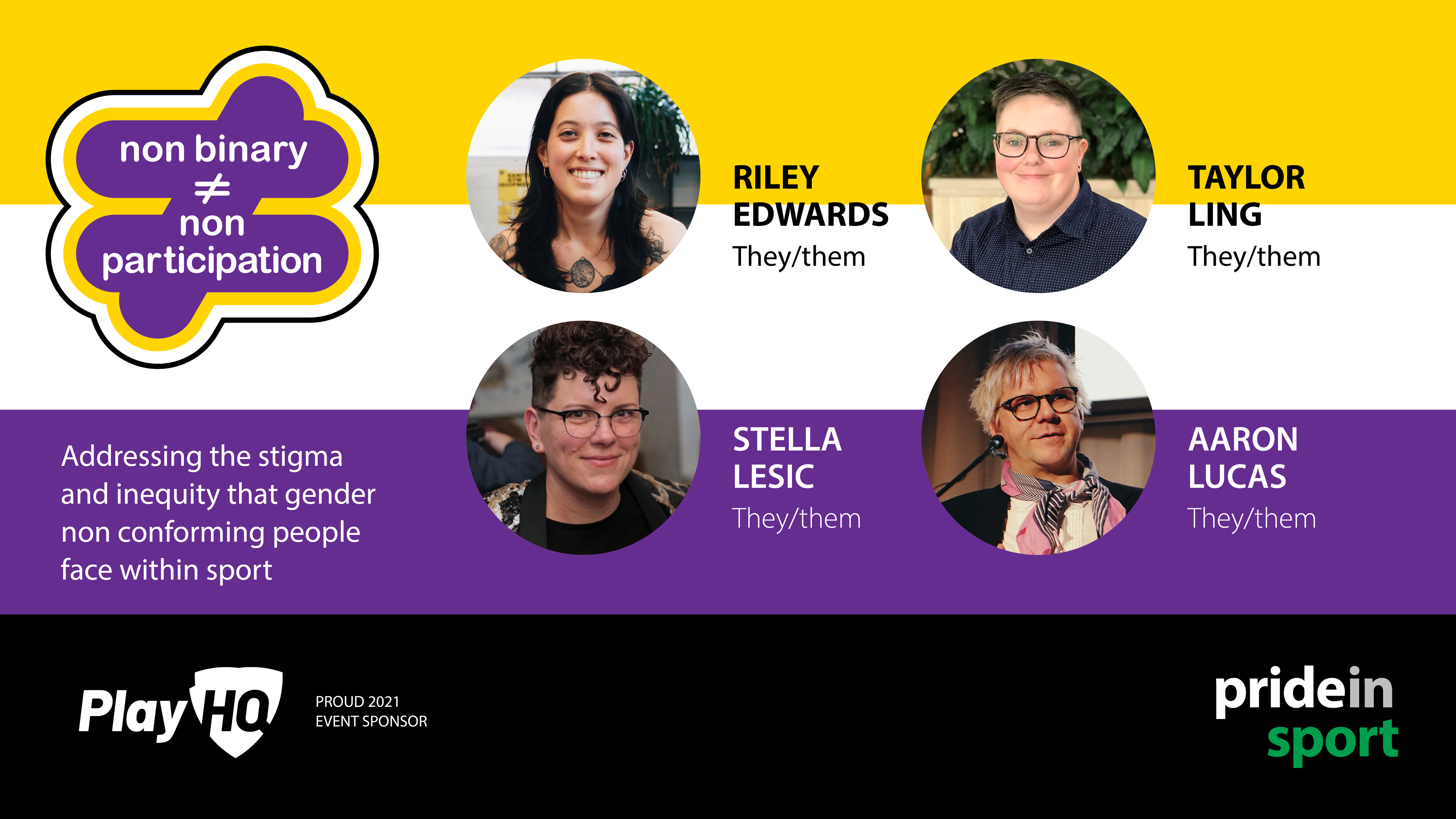 Sport has an historic alignment to the gender binary (male and female), however this doesn’t mean those who identify as Non-Binary should be excluded from participating in sport and recreation.

Pride in Sport recently hosted a special online event as a part of International Non-Binary Peoples Day on 14 July, where we explored current restrictions faced by non-binary people, and discussed initiatives and case studies that sports can adopt to make their activities and competitions more inclusive for all people.

Included within this event were some new insights into gender diverse participation in sport, though the results of the 2021 PSI National Survey, presented by Beau Newell (National Program Manager, Pride in Sport).

We were also be joined by a special guest panel, facilitated by Aaron Lucas (they/them), 2019 Australian LGBTQ Inclusive Coach of the Year, from Sydney Roller Derby. The panel includes:

This event was sponsored by PlayHQ.

Action for the recognition of an international non binary people’s day began in 2012. Activists suggested July 14th for such a celebration, seeing as this date falls directly between International Women’s Day and International Men’s Day. This happy medium would help increase awareness of the nonbinary community and go a long way towards societal acceptance. This is also the reason we are holding this event, today.

Non-Binary is a term used to describe a person who does not identify exclusively as either a man or a woman. Genders that sit outside of the female and male binary are often called non-binary.
A person might identify solely as non-binary, or relate to non-binary as an umbrella term and consider themselves genderfluid, genderqueer, trans masculine, trans feminine, agender, bigender, or something else. 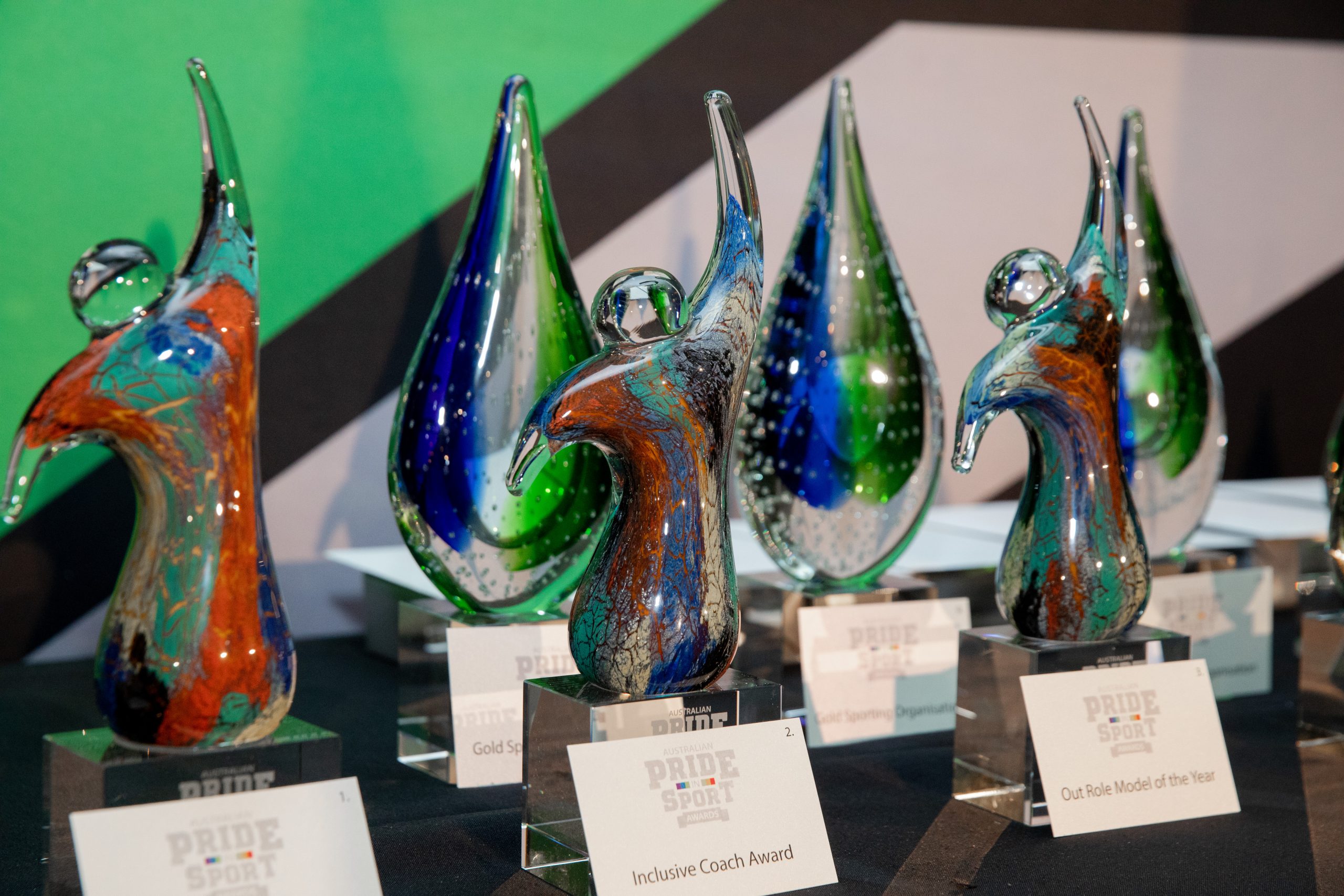 The finalists for the 2021 Australian Pride in Sport Awards have been announced. Now in its forth year, the event – to be held on Tuesday 13 April in Sydney– will see sporting identities, clubs and codes across the country gather to celebrate LGBTQ inclusion throughout Australian sport in 2020.

First held in 2018, the Australian Pride in Sport Awards is the first celebration of its kind dedicated solely to recognising exceptional efforts in making sport more inclusive of LGBTQ people. It is produced by Pride in Sport, the national not-for-profit sporting inclusion program spearheaded by Australia’s largest LGBTQ health organisation ACON.

The cocktail evening will feature drinks and canapes at Hyatt Regency on Sydney’s Darling Harbour.

Hosted by ABC Journalist and Twenty10 Board Member, Mon Schafter, this event features drinks and canapes, prominent keynote speakers and includes the much anticipated award ceremony. It’s considered the ‘must-attend’ event on the LGBTQ sporting calendar and is attended by leading advocates including Pride in Sport Patrons Alex Blackwell and Ian Roberts, sports administrators, athletes, and corporate supporters. 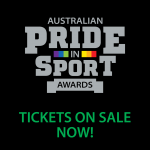 The Australian Pride in Sport Awards honours athletes, employees and organisations as it showcases the results of the Pride in Sport Index (PSI) – the national benchmarking instrument used to assess LGBTQ inclusion within Australian sport.

“The focus on LGBTQ inclusion, zero tolerance of homophobia, biphobia, and transphobia, not only within the corporate sector via their diversity and inclusion practices, but also within sport and society as a whole is unprecedented. Sport has the opportunity to ensure that this focus translates to meaningful societal change and is not just fad. Sport breaks down barriers. Sport aims to create a fair go for all”, Purchas said.

Pride In Sport National Program Manager Beau Newell added: “Many of Australia’s sporting organisations are recognising that positive steps need to be taken to ensure sexuality or gender identity does not impact ones ability to play, watch or be involved with sport at any level. The Australian Pride in Sport Awards allows us to celebrate the outstanding achievements of clubs and individuals in improving and promoting LGBTQ inclusion within Australian sport.”

ALLY OF THE YEAR

INCLUSIVE COACH OF THE YEAR

OUT ROLE MODEL OF THE YEAR

COMMUNITY SPORTING ORGANISATION OF THE YEAR

This award is determined via the results of the Community Sporting Club Pride in Sport Index.

Also being announced at this event will be the Gold, Silver and Bronze tier Pride in Sport Index (PSI) results, and the overall Sporting Organisation of the year (based on the highest results in the PSI).

N.B. Our aim is to announce four finalists across each category. These numbers may vary form time to time.

About Pride In Sport

The Pride in Sport Index™ (PSI) is the first and only benchmarking instrument specifically designed to assess the inclusion of people with diverse sexualities and genders across Australian sport. Participating in the index will allow Australian sporting organisations to not only assess their own practice, but determine that which constitutes good practice, along with the ability to benchmark their own initiatives against an external measure and other sporting organisations.

Pride in Sport is an ACON program, one of three within the Pride Inclusion Programs that specifically look at the inclusion of people of diverse genders and sexualities within sport, the workplace and health service provision. 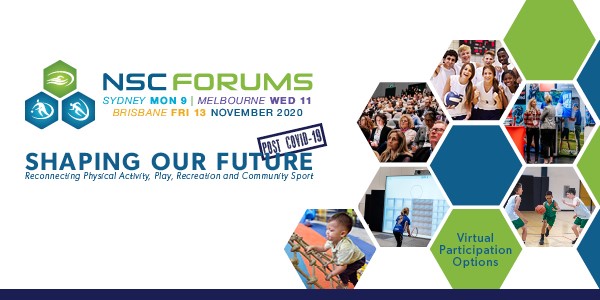 As the sport, government, recreation and play sectors start to focus forward, the NSC Forums bring together global and national leaders along with specialists in each state to share insights and opportunities to recalibrate and prepare ready for 2021’s strategic planning process.

With the continued support of Sport Australia, Sport New Zealand, State Governments of NSW, Victoria and Queensland together with each State Sports Federation an inspiring agenda has been developed.

The NSC Forums have been created to provide insights and opportunities ready for the business planning of 2021 focusing on how to reconnect physical activity, play, recreation and community sport. With significant emphasis on participant interaction, the NSC Forums are structured to encourage greater opportunity for discussions and questions. The initial Keynote Session thoroughly sets the scene:

Exploring what active communities and community sport look like post COVID-19 for delivering physical activity, play, recreation and sport. Ministers for Sport from all three States have been invited to participate and provide insights into their future commitment to sport and recreation to open each NSC Forum.

Each NSC Forum has limited tickets to attend in person, with options also available to participate virtually will be integrated into each Forum.

With online e-delegate tickets from only $99 +GST, it is expected that demand will be high.  Registrations open Thursday 23rd July.

Program details are available at www.nscforums.com.au

The National Sports Convention (NSC) has grown since 2016 as Australia/New Zealand’s largest and most prominent community sport and recreation convention and expo attracting over 1,500 people annually.

Due to COVID-19 challenges the organisers have worked with its 40+ collaborators to pivot its offering for 2020 to take the NSC to key states and structure the event for online access in a Forum format.

The full NSC Forum Program can be found at www.nscforums.com.au 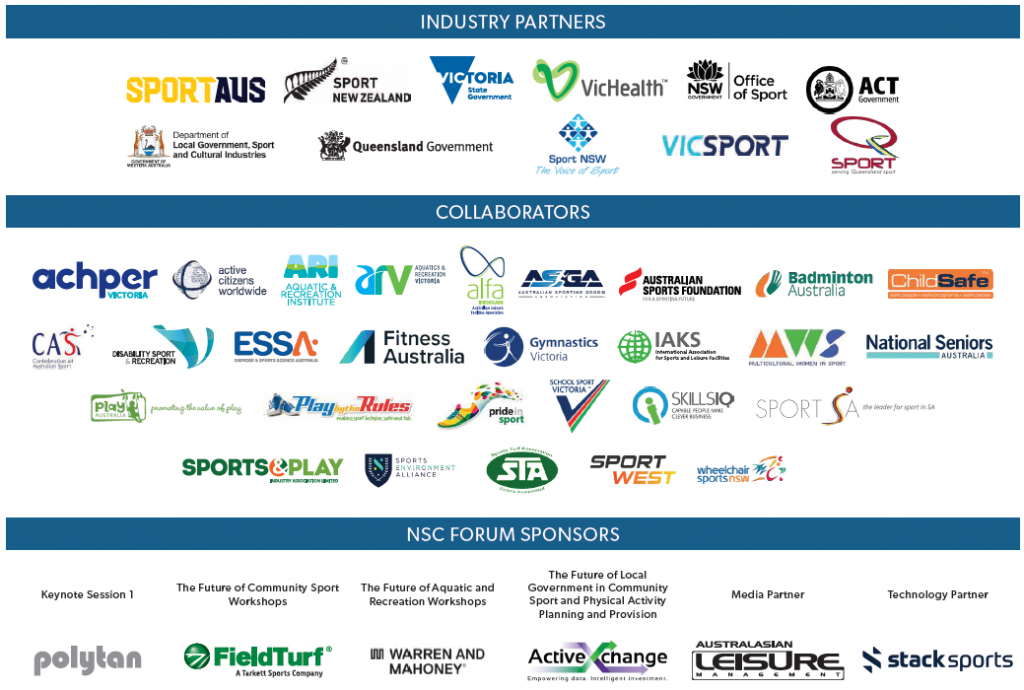 ACON is Australia’s largest not-for-profit health organisation for people of diverse sexualities and genders. We are a fiercely proud community organisation, and our first priority will always be the health and safety of those we engage with: our colleagues, members, event attendees and all event partners.

As a result of Prime Minister Morrison’s weekend announcement on the cancellation of events with over 500 attendees and the need to seriously consider any other non-essential events or gatherings alongside social distancing protocols, we would like to inform you of the precautionary steps that we have taken to protect the health and safety of all. 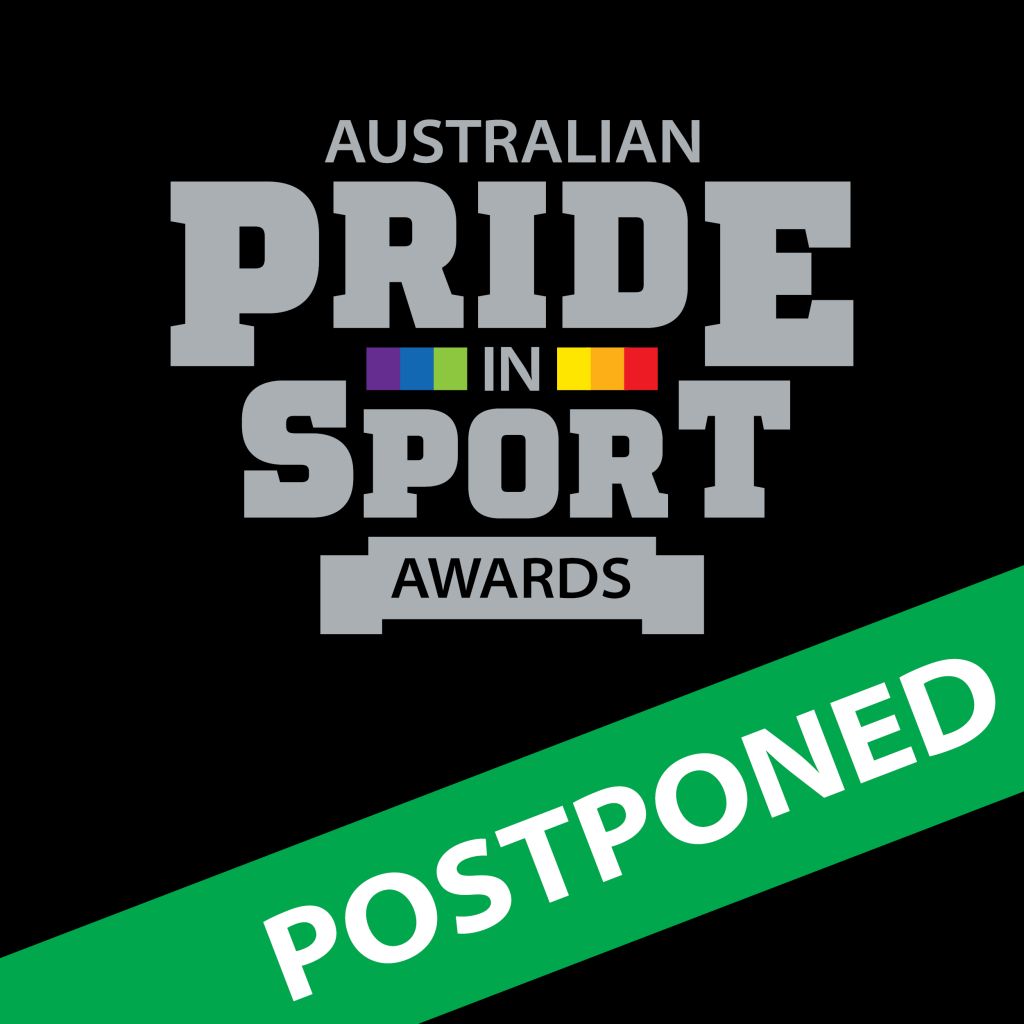 We do not want to postpone these important awards events but obviously, the timing could not have been worse. It is important however, that we celebrate the amazing work and achievements of those participating in the index, alongside the work of individual award nominees who have really made a difference in terms of inclusion.

We will update you with all details as soon as we have secured dates, but at this point in time, we are anticipating holding both the Australian LGBTQ Inclusion Awards and the Pride in Sport Awards later in the year.

Of course, we will refund full ticket prices for those who cannot attend on the rescheduled date. Any tickets reimbursed will be offered first to those on our waiting list and then opened to the general public.

All those participating within the AWEI, HWEI or the PSI will receive their results by the date of the original awards event. Results will include your overall scorecard detailing all scores obtained, employee survey results for those that participated and an AWEI, PSI or HWEI 2020 electronic logo to show participation that you are free to use both internally and externally.

However, all employer, sport and health tier rankings (Platinum, Gold, Silver, Bronze etc) and associated index and individual award winners will not be announced until the rescheduled event later in the year. 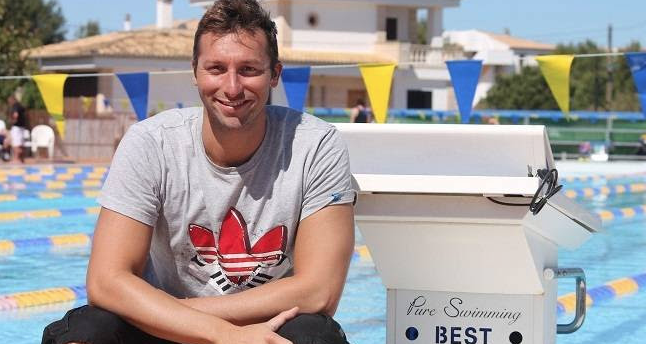 Ian Thorpe Joins Panel of OUT Athletes at MGFF

“Many of Australia’s sporting organisations are recognising positive steps need to be taken to ensure your sexuality, gender identity or intersex status does not impact your ability to play, watch or be involved with sport at any level.”

Here are just some of the highlights: 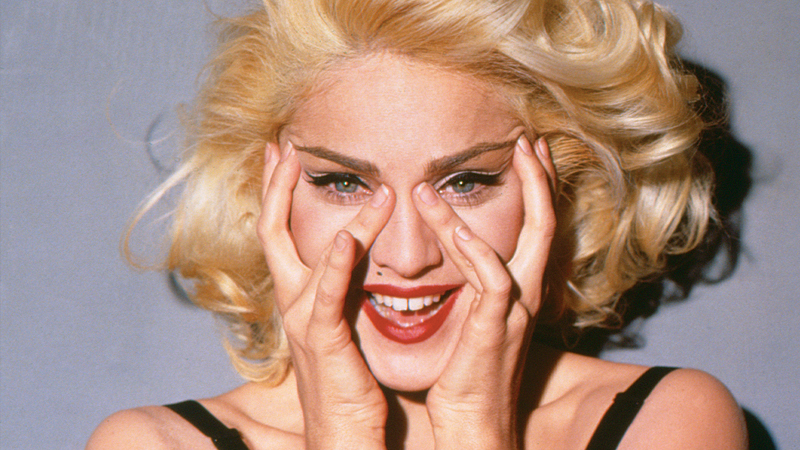 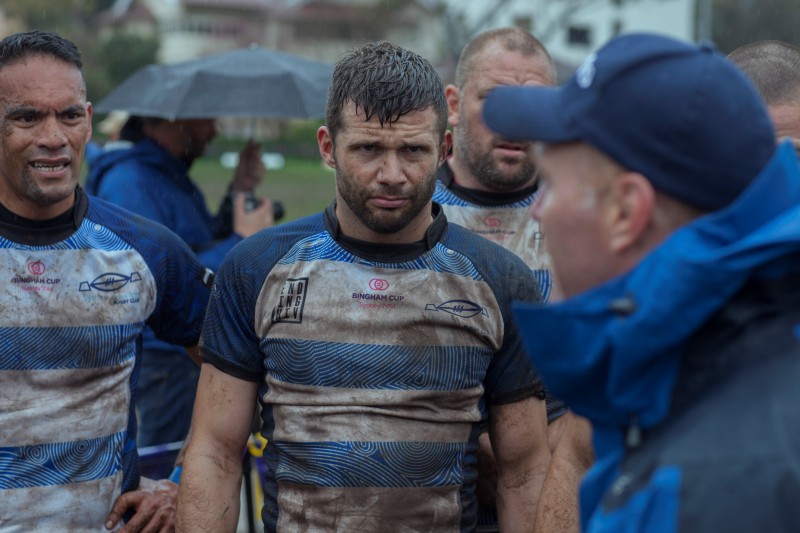 A panel of inspirational and “out” female role models, spoke openly about their personal experiences and challenges in the workplace and the community as part of Pride in Diversity’s Sapphire event hosted by Clayton Utz Brisbane.

Spanning three generations, the panellists – University of Sunshine Coast Head of the Student Access, Equity and Diversity and Pinnacle Foundation Board Member, Dr Ann Stewart, CU Perth senior associate, Liz Humphry, and Barrister and President of Queensland Young Lawyers, Florence Chen – each shared their own unique “coming out” journeys and spoke candidly on a range of topics including role modelling and parenting.  Lin Surch from Pride in Diversity facilitated the fascinating discussion.